I had heard about Havana’s urban farms in the Power of Community.  The film left me with the impression that after the 1990’s Special Period, Havana was covered in gardens. Well, it’s not quite what we saw but the Organiponicos that we found were really big and really cool!

Finding Havana’s Organoponicos was a good little adventure. When we asked our intelligent Casa hosts about Organiponicos in Havana they looked puzzled and told us that there weren’t any urban farms in Havana. With enough prying we heard of one Boyeros. Although this area was off our small map we set out anyway. Meghan expertly hunted down the correct city bus and we squeezed on with standing room only. It must have perplexed the other bus passengers but they were still eager to help us find our stop. One young man with excellent English eventually chimed in and assured us that they would tell us where to get off. He learned his English, he said “from videogames”. And when I asked him what he did for a living his eyes lowered and he said he didn’t have a job.

We got off in front of the Boyeros Organoponica but that was as close as we got. The two or three acres of neat raised was surrounded by a chain link fence. We attempted to chat up the woman selling veggies at their farm stand but she scowled and quickly shut down our hope of looking around the farm. We walked along the road and spied another farm which we cajoled our way into – getting slightly closer to the veggies but ultimately being told to leave. Just across the street from this little farm was a grocery and department store – Cuban Style. We lifted our spirits with Nestle Ice cream bars. One of the many ironies in this country. Nestle ice cream freezers are absolutely everywhere in this country. 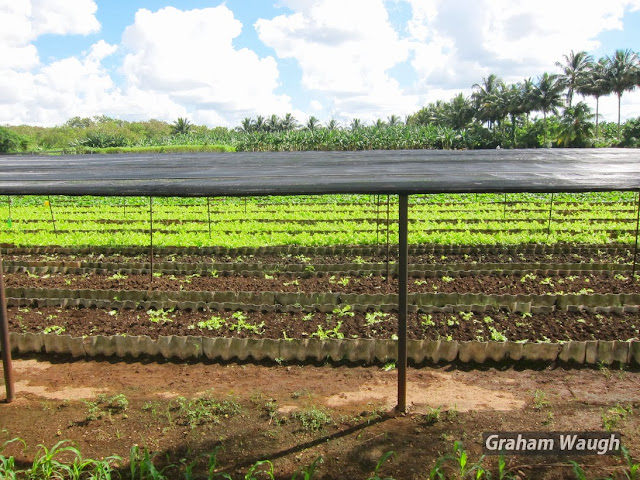 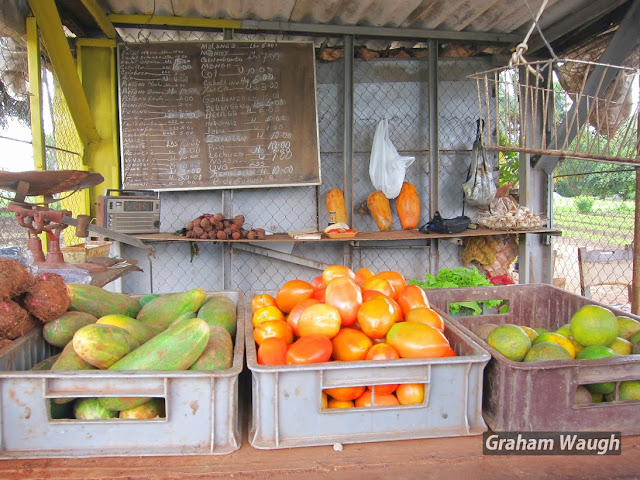 We didn’t give up and the next day we decided to do more research. We found internet at a hotel and paid $4 for 30 minutes of agonizingly slow internet – we’re talking worse than dial-up! But we found the name of Havana’s celebrated Organoponico – Organiponico Vivero Alamar . We just had no idea where it was. Luckily Cubans are friendly and helpful. We asked around and got the bus number heading east to Alamar (A la mar =at the sea). At the bus square Meghan found us a collective taxi and for $1 we squeezed into an old jeep with five others and set off through the streets. The driver a young man with a serious face, clenched bills in the hand as he raced through the streets, under the harbour, and by highway to the distant subarb of Alamar.

Luck would have it that the Organoponica Vivero Alamar was open to the public. There was even a tour bus of Europeans visiting and having lunch. There was so much going on. From what we gathered its really a self sustaining farm with some animals helping generate manure, vegetables, food forests, a cafeteria, food processing shack, and even a barber!  We hesitantly roamed the grounds, not quite sure at first if where we were allowed to go. Pretty soon it became apparent that we had free range. 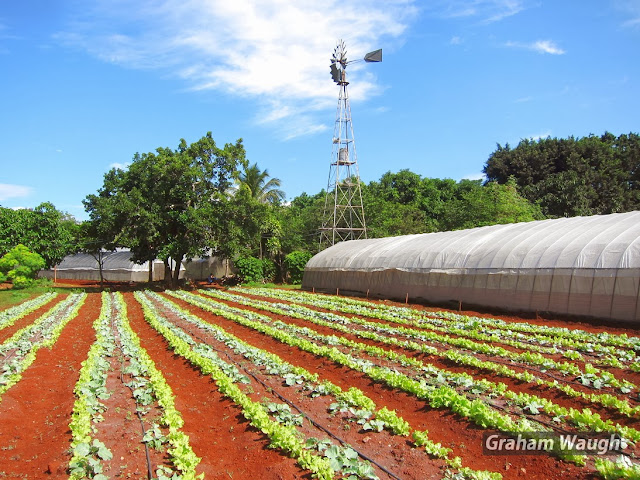 At the cow paddock we met a sun weathered farmer feeding hay to half a dozen animals. He must have been used to visitors as he was eager to explain their organic farming techniques. “It’s a cycle”, he said and I nodded enthusiastically. They plow and cultivate with draught animals and use the manure for composting. “The work is harder”, he said “but it’s more fulfilling.” I smiled because I knew what he was talking about without being able to speak Spanish. All I could do was nod enthusiastically and say “Si! Si!”.

I was excited to see the vegetables and somewhat surprised. Bok choi!?? And Cabbage?! Shredded white cabbage was on almost every plate of food we ordered. When it came to vegetables though, there weren’t as many varieties as I might have expected. Is it cultural or is it due to limited seed imports? And that got me thinking about seeds and whether Cuba grows its own or imports them from China.

Although, it’s summer year round in Cuba, I learned that there is still a seasonal dance for growing vegetables. The winter is slightly cooler and drier while the hot, wet summer is hard on many crops and thus dictates the planting schedule. For example, in the winter lettuce can be grown in the open without the ubiquitous black shade canopy, meanwhile in Canada winter growers are hunkering down with only the hardiest of leaf crops. I wished that I could have tried to explain the contrast of Canadian winter greenhouse growing. 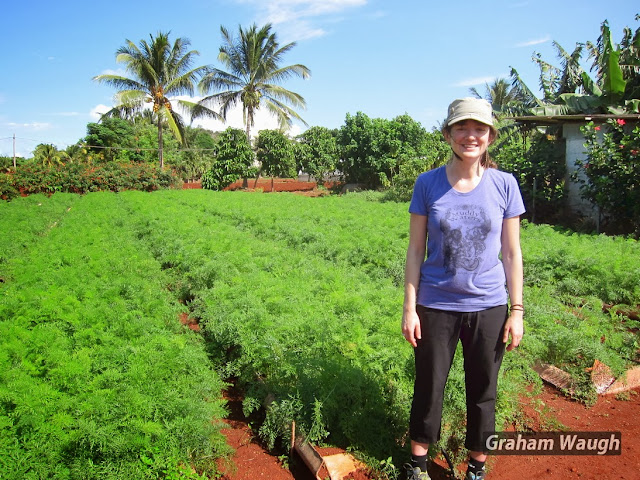 At Alamar I was surprised to see only young tomatoes in a greenhouse. Later on the trip I learned that Tomatoes are planted in the fall so that a harvest can be made before blight arrives the following summer. With lots of gesturing a Cuban explained how the tomatoes died when the Summer rains spread black spots on the leaf...Blight alright! In Canada we just rely on winter to kill the blight.
We saw Organiponicos across the country. Outside of Havana they seemed to be more integrated into cities and towns. Always having the same look of raised beds, shade cloth, and that red soil. And everywhere there were banana trees which almost seemed to grow like weeds but were actually planted intentionally in yards, alongside coconuts, mangos, and avocado trees. A real polyculture.

Leaving the farm, we stopped to buy veggies from their market stand. Paying what worked out to pennies for peppers, guava and limes. Piles of head lettuce sat on the shelf. One farmer had referred to it as American Lettuce and said that it’s full of salts and that Cubans love it. But after a summer of being spoiled by baby greens in Vermont, this bolting wilted lettuce didn’t look very appealing. It looked like how we felt -tired and weary from the winter sun. So with that we set off to Havana on a sweaty city bus. 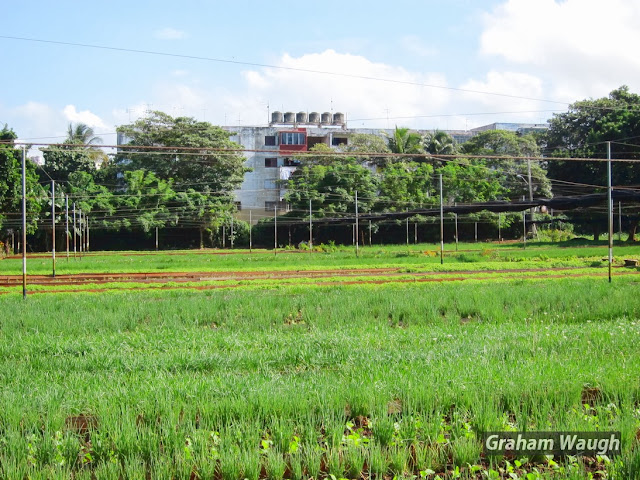